The Leo Houlding Ulvetanna expedition was something we really wanted to be involved with when Leo contacted us. In support of Leo and his team’s bid to climb the Ulvetanna’s north east ridge, Weatherhaven loaned an Endurance shelter for their base camp accommodation knowing that this tried and tested polar shelter would keep them warm and safe no matter what the Antarctic climate threw at them. The ability of the Endurance to withstand the extreme winds and cold conditions in the Antarctic region allowed them to safely acclimatise themselves to these conditions. This enabled Leo’s team to succeed in their ascent of what is considered to be the most technically demanding peak on the harshest continent. 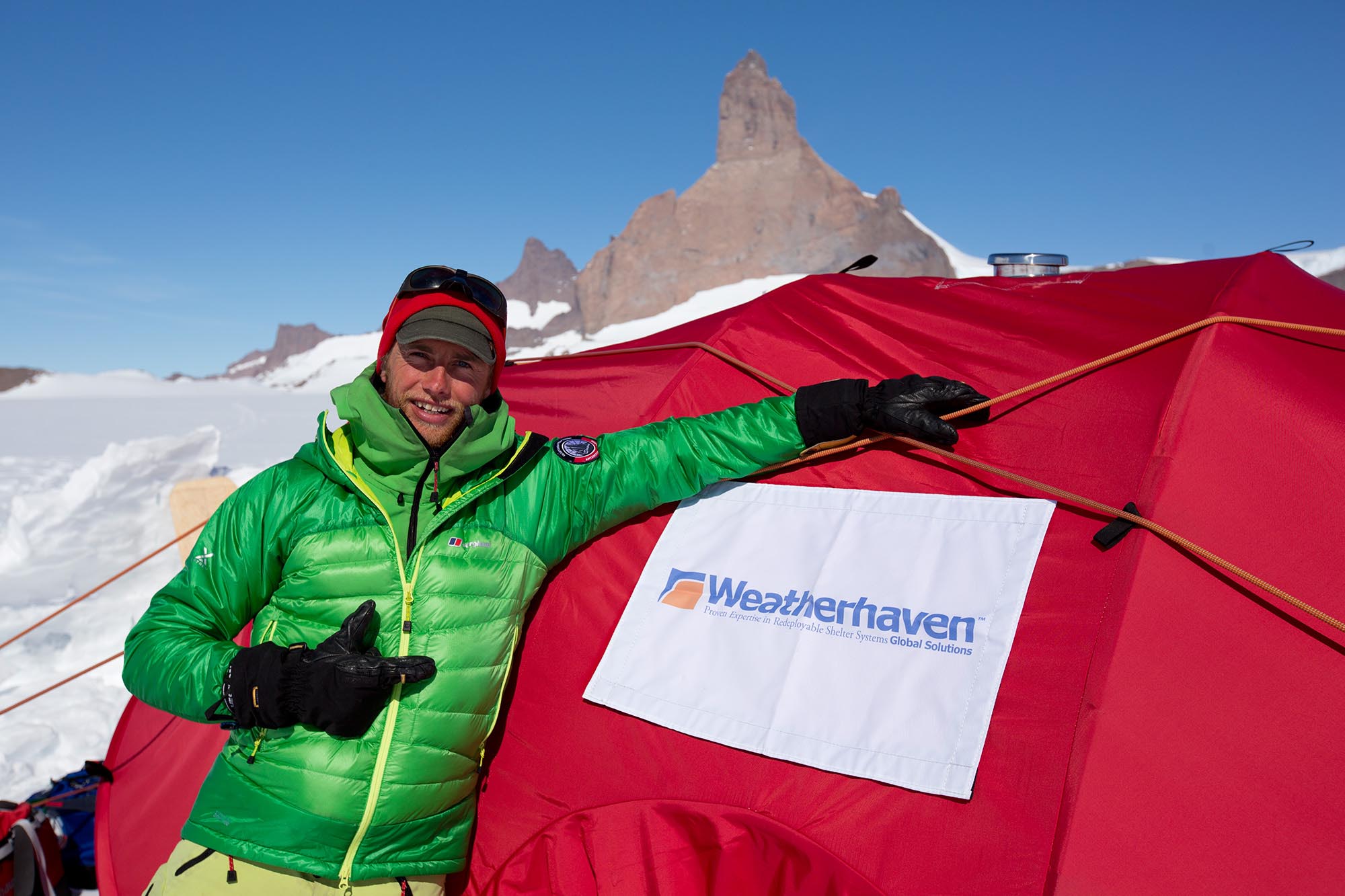 Leo Houlding in front of the Weatherhaven Endurance shelter, with Ulvetanna in the background.